Every year across the US insurance inspectors inspect roofs of buildings to check for storm damage and check structures destroyed by natural disasters. The insurance company AIG announced on April 8th, 2015 was granted an exemption by the FAA to start using drones in place of human inspectors for these types of risky jobs. This follows similar exemptions for State Farm Mutual Automobile Insurance Co. and United Services Automobile Association.

“AIG likely won’t be able to fly the devices over neighborhood homes, at least not yet”

“AIG is committed to continuous improvement and innovation in providing better, faster, and safer risk and claims assessments to our customers,” said Eric Martinez, Executive Vice President, Claims and Operations, AIG. “Leveraging cutting edge technologies like UAVs can enhance our ability to assess and mitigate risks to better help our customers and their communities prepare for and rebuild after a catastrophic event.” the company said in their press release.

For now, the UAVs will only operate for commercial purposes, and must be flown by a human pilot. It’s very possible in the near future that residential houses will be given the exemption as well, and that buzzing you hear over your house will simply be a drone checking your roof. “Because of the guidelines, AIG likely won’t be able to fly the devices over neighborhood homes, at least not yet”, said Mark McKinnon, an attorney working for AIG.

AIG started work on its drone effort in 2010 and has since been testing at FAA sites over the last year. 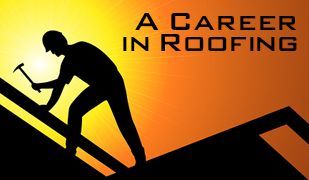 Ricky Hall has been exceptional in helping me get my problem resolved. There is not enough space to post here about how grateful I am for all the help Ricky has provided. I have more work to be done and I will call FL Southern Roofing.

The crew was professional and efficient. They arrived on time, completed the job on schedule, and cleaned up the work site after completion. Highly recommend. Thank you, Mrs. K.J.M.

They responded quickly to every email and call from me, before and after the roof work; were very clear about pricing; and followed through on every detail. Most important, Florida Southern fixed and guaranteed my complicated, 1926 leaking roof! My experience was very positive.

The repair crew was very professional, knowledgeable, and completed the work on schedule. The service from this company, both field and office, is top notch and I would highly recommend them for your roof repairs.

Honest and fair with all roof deck repairs. Thank You to the metal crew and John for a GREAT job and a special thank you to Mike Clark who went above and beyond to make this a wonderful experience.

We are extremely satisfied with the work that Dustin and his team did at Tropical Beach Resorts. Everyone was professional and worked diligently. They finished the job in half the time that we had expected. That's a big deal for us because the faster the job gets done the faster we can open up the rooms to guests.

Outstanding from start to finish. They even helped me to get my veterans discount based on the materials I selected. Very prompt, polite and held to the schedule they committed to. Would highly recommend.

Excellent work and good service. Thanks for your efforts. We need you to return and meet with Sergey Danilovets our renovation contractor as we need your help sealing a roof leak At the joint between the house and the lanai roof. Please call us at 203-904-3765.

Over all I had an excellent experience with my roof. There was an issue with the clean up of the job. But this was resolved quickly and professionaly, For me. I love my roof, it looks great! I would ceretainly recommend your Company to my friends and colleges. Thanks for a job well done.

This is the second time I have used them to reroof my house. It was done in a very timely and efficient manner. I would recommend this company to anyone.

We must say that the work was completed in an excellent and professional manner. We highly recommend Florida Southern Roofing to anyone who needs a new roof or other roofing repairs.

I was impressed with every aspect of consultation. I have never experienced a more professional and reliable company to deal with. As a disabled veteran, I wholeheartedly recommend Florida Southern Roofing to anyone considering roofing work. Ooohrah!

They were very responsive to our concerns and needs, and acted very professionally to satisfy them. We would gladly refer FSR to our friends, neighbors or anyone else looking for a new roof.